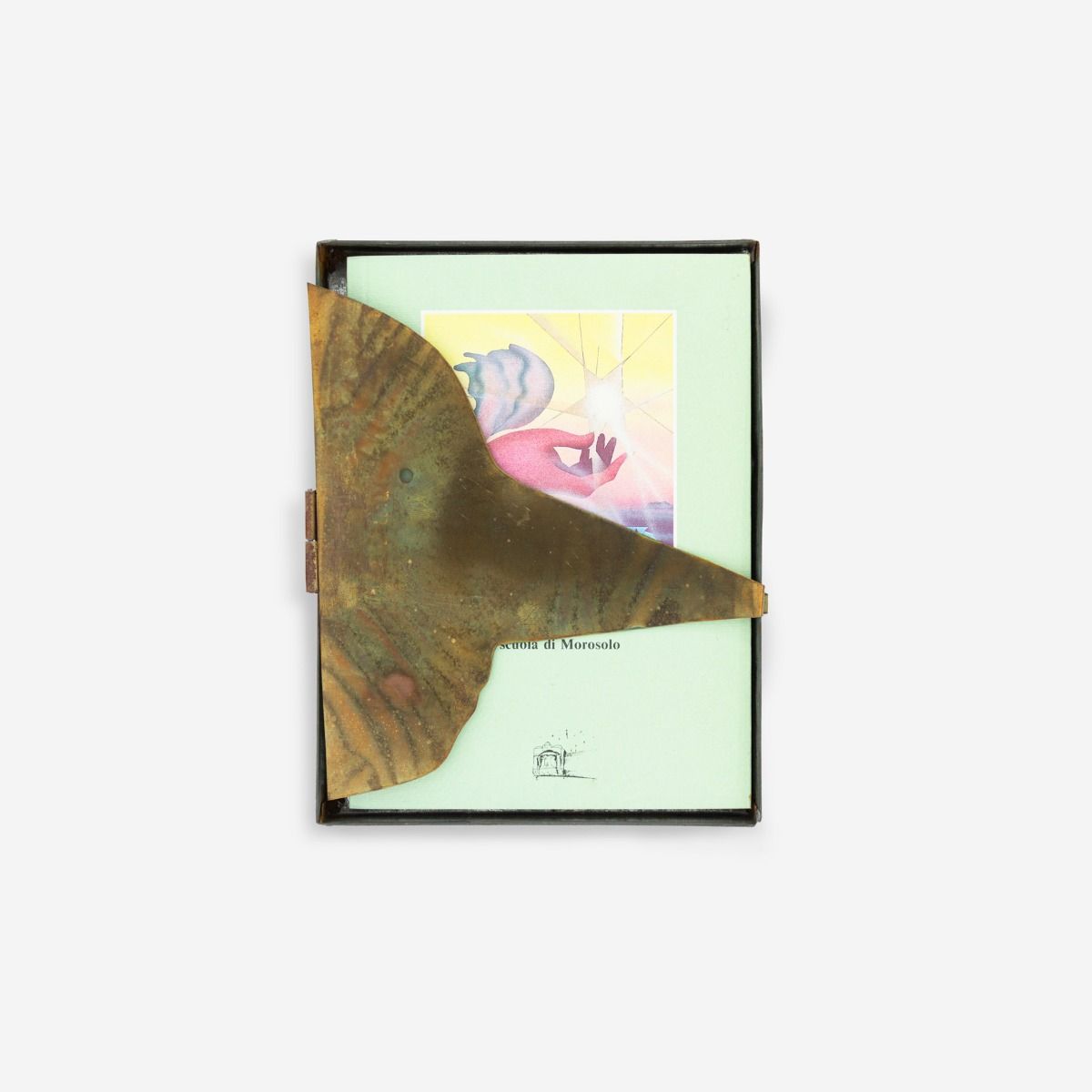 Published in 1992, La scuola di Morosolo is the result of Riccardo Dalisi's philosophical, architectural and poetic reflections on his experience at the school in Morosolo: a place for experimentation in community and autonomous life, which was open to children from all over Italy until 2008, where education took place through cultural, recreational and research activities.

This publication shows the artist's tendency - typical of his whole career - to mix different arts and themes, which here comes together with Galleria Corraini's idea of creating, in close dialogue with artists, books accompanied by limited edition works. In this instance the artist has created small copper sculptures that contain the book. The subjects available are: Omino, Pinocchio, Regina.

Riccardo Dalisi is born in Potenza, he now lives in Naples. This city has become his headquarter for different troops. The first troop is marching towards architecture with projects and awards. A second troop, headed by Totò and Pulcinella and called “Opera buffa del design”, march towards design. A third troop is in the sculpture world with warriors, swords, spears, Virgins with or without Child. A fourth troop is equipped with brushes and drawing pens with fighting colors that melt, drop and play freely. A fifth troop is composed by puppets and dolls that create entire populations and many other things. A sixth troop is writing made by rambling words, marks and signs. He is now old but he carries on his social mission started with street children of rione Traiano (1971-1975), followed by the elderly of Ponticelli (1977) and now arrived to rione Sanità with the workshop “Progettazione e compassione”.