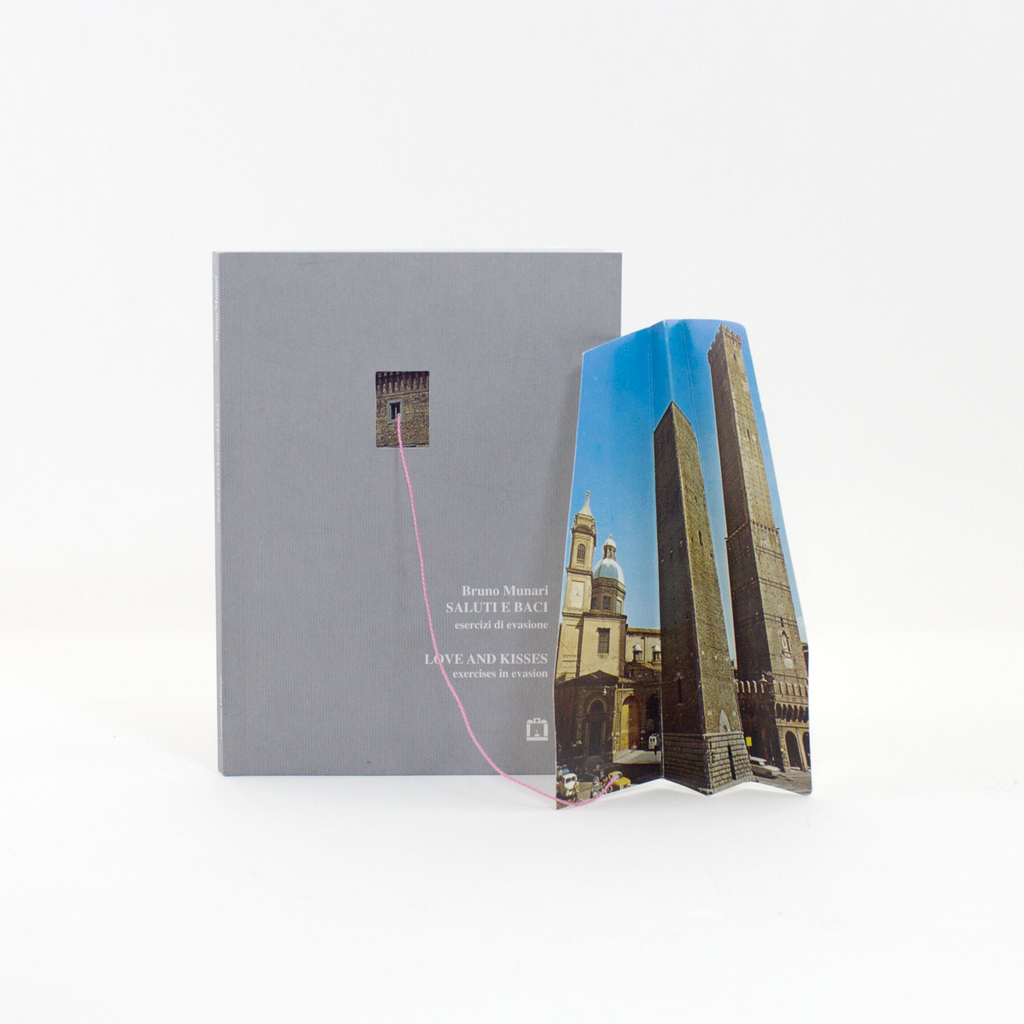 In Italy, people used to write "Saluti e baci" on the postcards sent from holidays: it's like saying "love and kisses" from the place you're visiting. Sending postcards from cities it's a habit gone lost through the years, but for someone this ritual has maintained all its magic and glamour.

Love and kisses – Exercises in evasion is one of the examples of how Bruno Munari's imagination could reinvent any cue derived from reality and transform it into a game. Reinvented and "personalized" postcards through the use of cuts and inserts, and reconstructions with funny side notes. Just follow the braid of pink wire that comes out of the cover to get lost in upside down crypts, pediments of churches soaking in the sea, and Leonardo's Last Supper as the background to a concert.

To celebrate the fourth reprint of the volume published for the first time in 1992 in the Block Notes series, we thought to send you a postcard. This is the original postcard that used to come with the first edition of this issue. The Asinelli and Garisenda Towers are the symbol of Bologna, a town famous for its endless number of towers; only 22 have survived but during the XIII century there were more than 100 spread among streets and alleys.

Could Munari create a conventional postcard? Of course not: in this limited edition version, you just have to fold the cardboard to get your three-dimensional tower.

Only 8 original postcards are available: get your Saluti e Baci starter pack!

Bruno Munari (1907-1998) has been no doubt the most eclectic italian artist-designer. Since his very first experiences in the 30s among the artists of the Second Futurism, he always dedicated his creative activity to every form of “experimentation”, with a particular attention to the world of children and their games and toys. His works in the fields of painting, sculpture, design, photography and didactics cross their languages and poetics following the path of his very personal inventiveness.