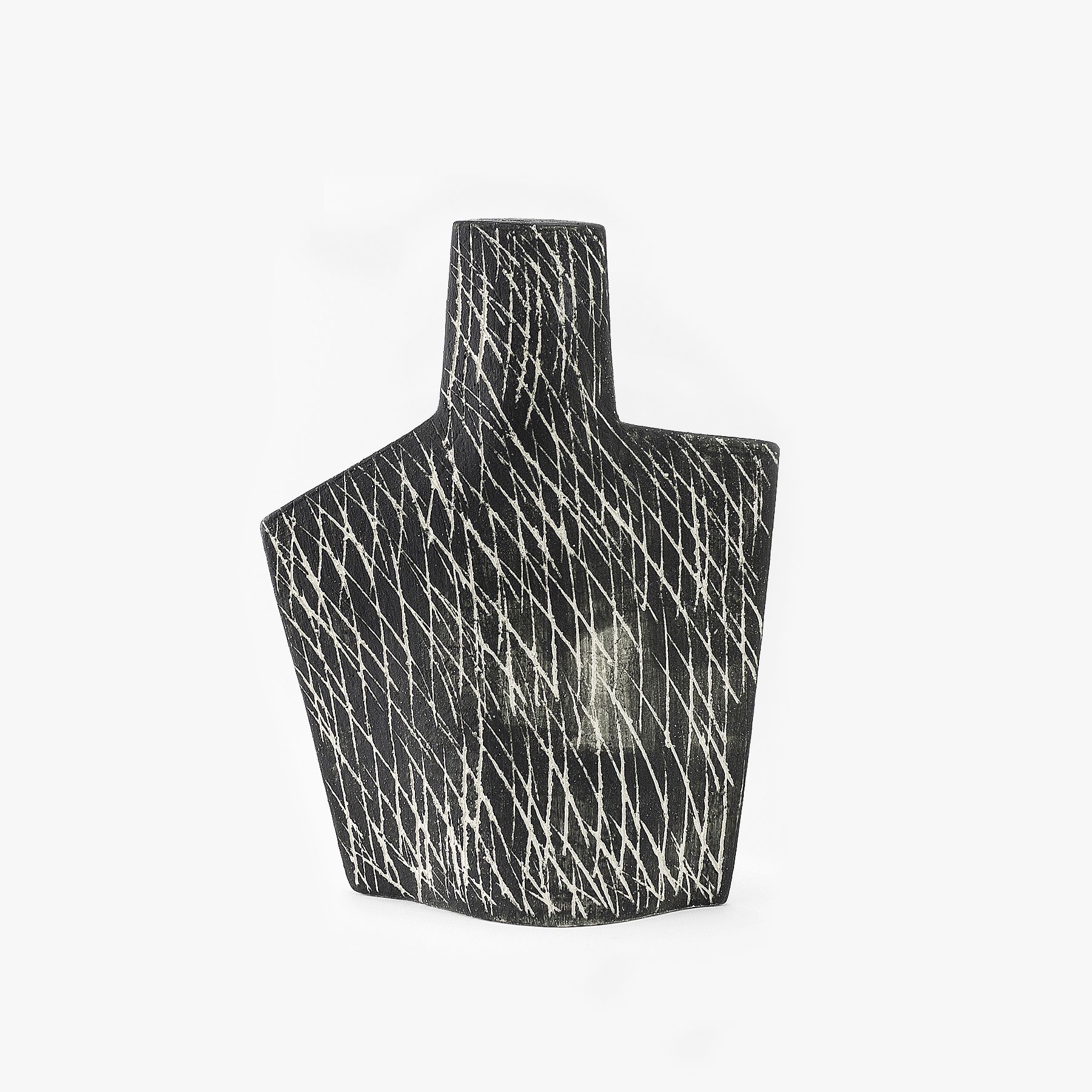 "The vases created by Guido De Zan have the most extravagant and varied shapes: sharp-edges, curves, perspectives, figures... At times they make you doubt that they can stand in balance. But their vitality and originality lie in the graffiti that runs across their surface." Francesco M. Cataluccio