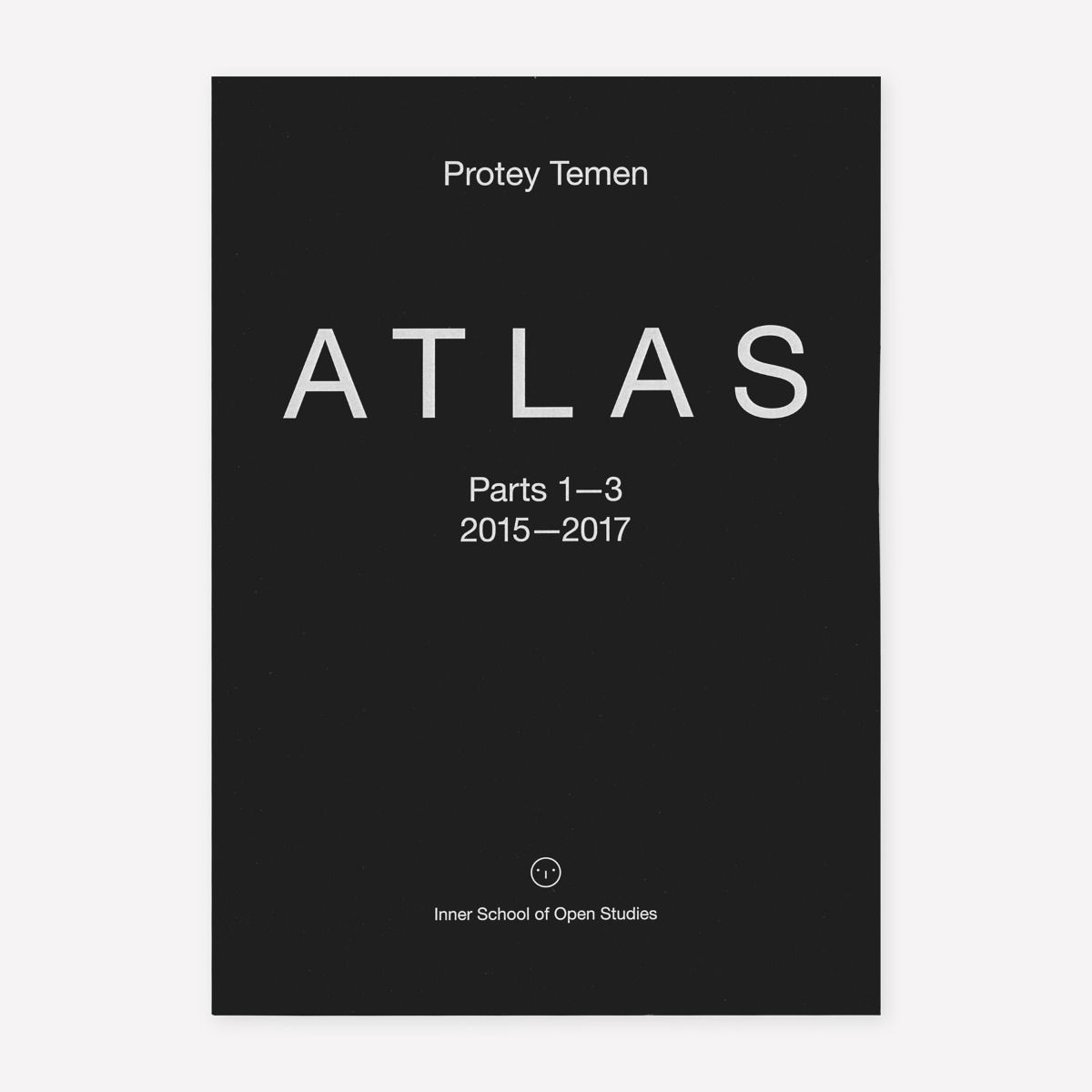 Let’s find out how to put it all together into a certain system. There must be some general rules, something which works as a part of the whole system. I seem to have discovered a relationship. It may not be immediately visible, but I’ll try to explain. No, no, not that, on the other side. Wait for a little. I’m pointing to another thing, what are you all looking at? Yes, I agree, they are similar in shape, and you’re right, it’s absolutely impossible to identify exactly what objects are pictured. There’s no mistake, these are the objects meant to be presented. Precisely. And exactly in that order. P.Temen

ATLAS is an album gathering a selection of drawings from 2014–2016 years. Abstract–based visual system of the relations between unstable and intense subjects. Sometimes the compositions are taking shape as a precise depiction, sometimes they are field notes from the fantasy journey. ATLAS is an artist book, printed in a limited edition of 120 numbered copies signed by the artist, and is part of Inner School of Open Studies, an artistic project started by Temen in 2017.

Protey Temen (1984) uses different media such as video, drawing, books and installations to create visual abstractions in his field of research involving art, handwriting and design to explore and make clear the intersections between science and everyday life, through a poetic approach. He founded and manages the Inner School of Open Studies, a multidisciplinary art project presented at the Moscow Museum of Modern Art in 2017. At the same time, he developed a theoretical research that led him to found various artistic movements such as Dobrotarism (2007) and Surritualism (2014). Temen has participated in several solo and group exhibitions, including the Venice Biennale (2011) in the Internet Pavilion, The Cave of Generosity solo exhibition at the Moscow Museum of Modern Art (2014), the European Biennial of Modern Art Manifesta 10 (2014) and the International biennial of digital art The Wrong (2017/2018).