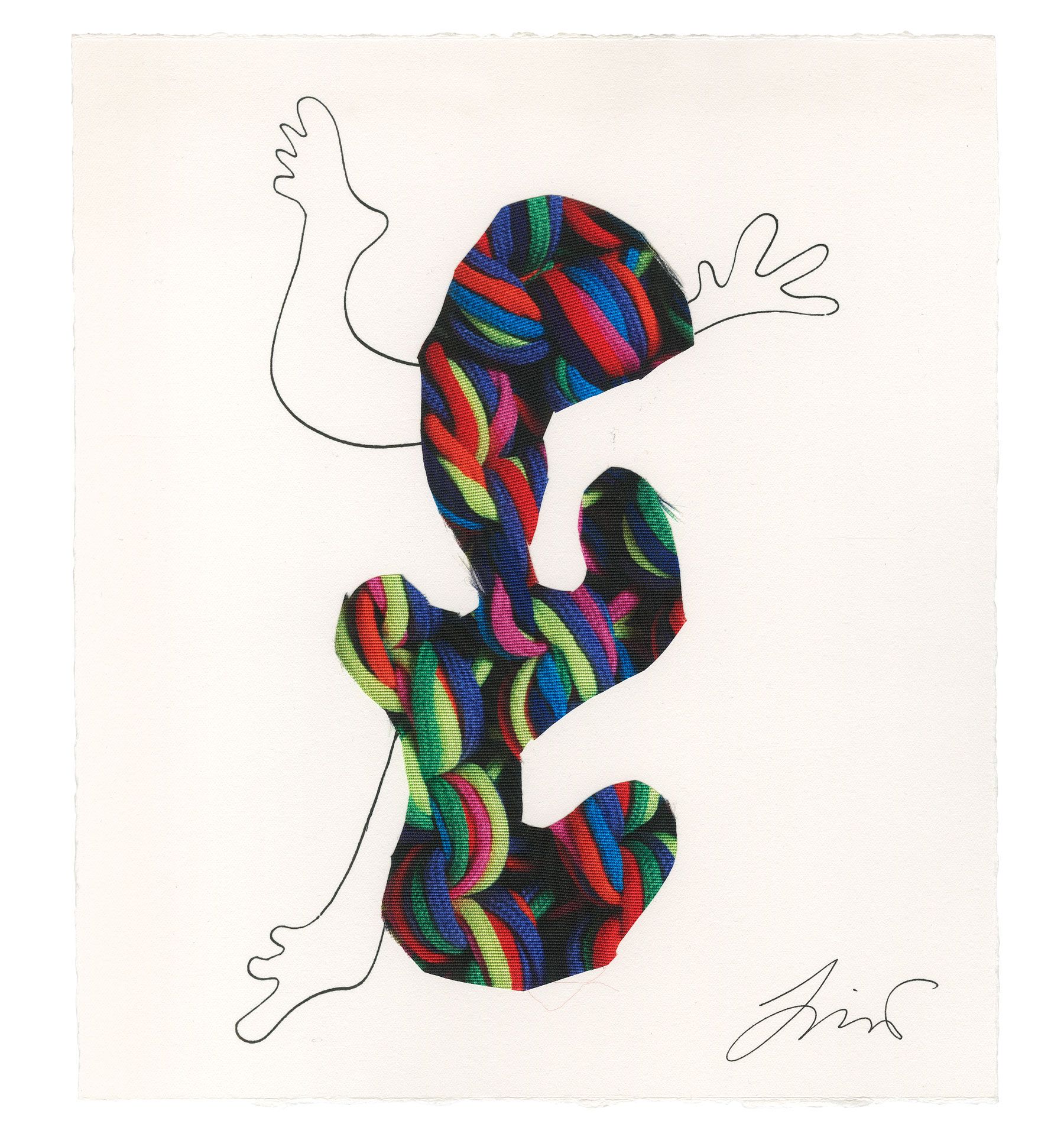 In the clothes we put on like a case that contains us, or a skin that inhabits us. The clothes that wear us and not vice versa.

The clothes that populate Sissi's imagination become material and protagonists of these images, linked to the artist's book Abitanoidi. Sissi traced the outlines of the Abitanoidi and dressed them with original and
ever-changing scraps of fabric, creating a unique piece each time.

Sissi was born in 1977 in Bologna. She lives and works in Bologna and London. She has won numerous awards including: the Gotham Prize, presented by the Ministry of Foreign Affairs 2012; the Rome Prize, at the American Academy in Rome (2006); the New York Prize, Italian Academy of Columbia University, New York (2005), the Furla Prize for Art (2002); the Alinovi Prize, GAM, Bologna, (2001). Sissi's research focuses on the human body, which is examined almost scientifically through tools and methods borrowed from other disciplines like archaeology and anatomy. The dimension that is created is imagined, as the results of these investigations lead to new, unexpected forms and identities, with the intention of investigating the difficult and precarious balance of the individual in the reality that surrounds it, and connecting this dimension with that of the inner universe. Sissi uses different means of expression: performance, installation, photography, drawing, painting and artist's books.